The artwork is made from a number of elements, how they fit together is mostly defined by the size and context of the space where they are shown

TFW: The Formless Wastes is an installation that was previously shown in two seperate galleries, and as a "sequel" video work. This new version combines all three versions into one.

0: Audio recording. The Keepers Diary (Radio Play Version)
Stereo, 12:25, played on speakers.
1: TFW: The Formless Wastes 2
Video 21:31, to be shown on a wall mounted panel. In the context, I think version with no sound would work best.
2: Dog Dyptic
These are two digital prints on mesh, 120cm x 120cm. they have a rope sewn along the top and are shown hung away from the wall. This is an previous install shot (note the print on the left is different in this photo) 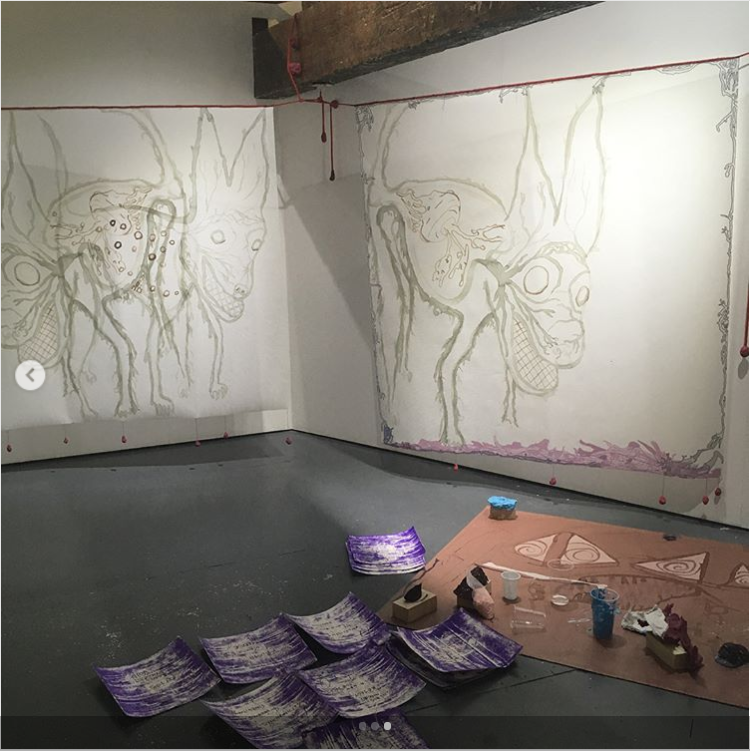 3: Ocean
This is a 120cm x 400cm digital print on heavy canvas. Its hung with a horizontal pole through a loop at the top, away from a wall and dragging on the floor at the lower end. This is the digital image.

4: Seal Loop
This is video loop to be projected as large as possible on an end wall.
5: Divination elements
Set of small plasticine and algenate objects, and printed cards, placed on a 12cm x 80cm piece of printed vinyl. Vinyl image is here. 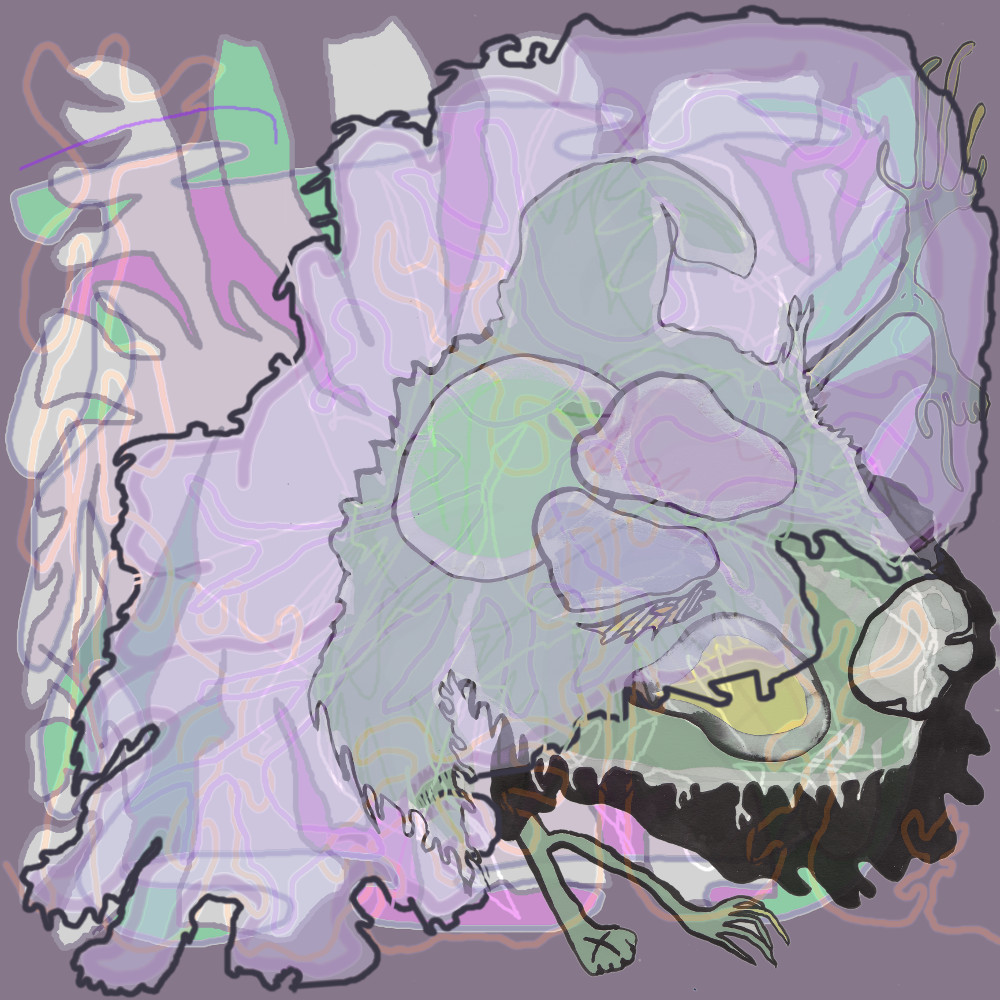 6: Dungeon loop
This is a very short looped video that pans up and down over a digital drawing of a dungeon. Its made for rear projection, but could be shown in other ways. I make up the video depending on the dimensions of the available screen (this rear projection screen was a very tall aspect ratio, but the video can be made up for more conventional ratios). Alternatively, Ive also shown this image as digital print on fabric 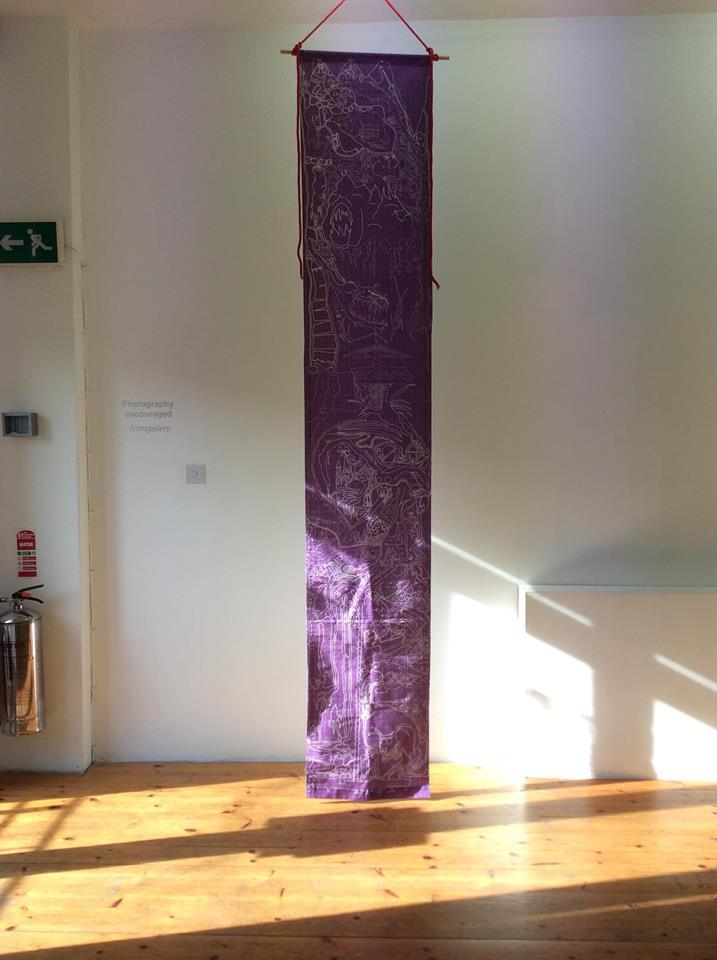